I have not made a post in a while.  I have had a few things in my life.

Loss of a Loved One

On June 30th, I had to make the difficult decision to put my dog down.  My dog had a heart murmur, a collapsed trachea and heart failure.  He and I fought through one bought of heart failure, but his heart murmur had grown worse and he could no longer breathe without the aid of an oxygen tent.

I held him and sang to him as I let him go.  I sang the Lyrics to a song I had not listened to in years, so I made a lot of it up.  I made up a rendition of the song “Fly Away” by Poe.  I told him that I would never forget him and that everything was going to be fine.

It makes sense that it should happen this way

That the sky should break, and the earth should shake

As if to say: Sure it all matters but in such an

Fly away, sweet bird of prey

Nothing can stand in your way

Sweet bird, if you knew the words

It makes sense that it should hurt in this way

That my heart should break, and my hands should shake

As if to say: Sure it don’t matter except in the most

Fly away, sweet bird of prey
Fly fly away
I won’t stand in your way

Sweet bird, if you knew the words

I know that you’d say: fly, fly away

It makes sense that it should feel just this way

That you slowly fade and yet still remain

As if to say: Everything matter in such an invisible way 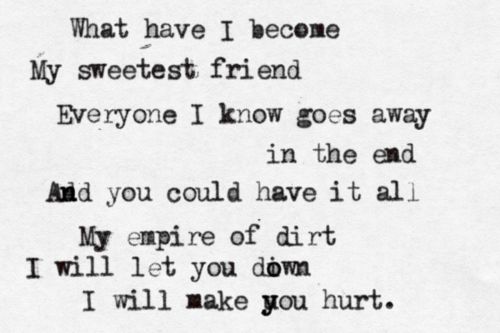 Pippin, my sweet mutt that I rescued as a senior dog on July 30th, 2016, brought many things to my life.

He had been found as a stray roaming the streets of Huntsville, Alabama and was picked up by a local rescue.  He was placed into a foster home and was given medical treatment before he was put up for adoption.

June 18th, 2016, I had lost my 10 year old Papillion Nemo and I wanted to give another dog he opportunity for a loving home and care.  When I got Pippin, he was a sweet weak boy who didn’t know what affection was or what it meant to be carried around in a bag.

He settled into my parents home with me and their dog.  They would bicker over food time, but things were worked out and they learned to live with each other.

I would come home pick him up and he started to lick my face when I did that.  His affection grew as time past, but after six months he was diagnosed with a collapsing trachea, then a heart murmur and later heart failure.

His second gotcha day came after he had passed.  Even now, my heart still aches some as I write this.

Living with Depression and Anxiety

After Pippin passed, I received a comment on a post saying that I needed to find God and that all of my depression and anxiety problems would go away.

God is good, all of the time.  I believe that with all of my heart.

But THIS is my struggle.

THIS is my wilderness.

THIS is what God has given me.

Two words define what a Christian is: Calling and Called. God calls us to Him.  God gives us all a calling to fulfill in His name.

God pushes into these times of struggle and anguish.  It’s what we do with it that defines us.  You may be facing something difficult in your life and you may be ready to quit, but remember that with God all things happen for a reason.  This reason is often not obvious to us.  It is important to remember to reach out to God and ask when the road ahead is not clear.

Instead of asking, “Why am I going through this?”, ask instead, “God, What do you want me to do with this?”

In my struggle, I have to remember to reach out to God and find the faith to ask what He wants me to do with what he is teaching me in my time in the “Wilderness”.

I am not good at asking for help when I am struggling.  I know that there are probably millions of people out there that are like me.  But remember that God knows your true intentions in your heart, even if they are not spoken aloud.

It’s hard to be the person you are meant to be, if you ignore everything God is giving you.  God speaks to all of us in different ways, but one of the ways you can connect is through reading your Bible.  The Bible is filled with His words and His love for all of us.

It’s hard to remember all of this when the darkness seeps in.  I remember the lyrics to “Brother Love’s Traveling Salvation Show” by Neil Diamond.  In this song, he gives a small sermon for ‘Brother Love’ and he says that God gave you two hands.  One hand is to reach out to Him and the other is to reach out to your brother.  Because we have got to help out each other.

If you know someone that is suffering with depression.  Be patient with them.  Love them.  Be everything that Love is according to the Bible to that person.

4 responses to “Loss and Pain”